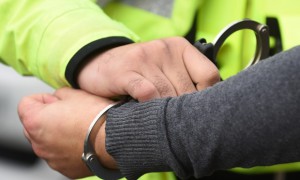 Two men aged 21 and 27, and one woman aged 21, were detained at their home addresses at approximately 6am this morning (Tuesday, 9 June).

They are being held at a station in the West Midlands Police area.

The action taken by officers from the West Midlands Counter Terrorism Unit was pre-planned and intelligence led. There was no immediate threat to public safety, police said.

Searches are now being carried out at eight associated addresses in the Walsall area and one in Moseley, Birmingham.

The arrests were made under terrorism legislation, meaning officers have an initial 48 hours to question the suspects before charging, releasing or applying for a warrant of further detention.