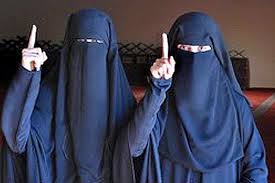 British counter-terrorism police said Tuesday they are “deeply concerned” about the increasing number of girls and women travelling to Syria from the U.K., saying that many are unaware that they will likely never be able to return home.

Latest figures show that 56 women and girls were believed to have gone to Syria in 2015, compared to 43 in the previous year.

Police released the figures along with a short film featuring three female Syrian refugees talking about life in their home country and urging British mothers to prevent their daughters traveling to the war zone.

One of the refugees in the video, identified only as Zakaa, said she left Syria after her husband was killed by a sniper and she feared for her three sons’ lives.

“Please tell your daughter my story so that she can understand that Syria is a dangerous place to live and no place to bring up children,” she said. “Any Syrian man or woman would tell you that there is no need for anyone to come to our country to risk their lives to fight or support the fighting.”

Britain has seen several high-profile cases of girls traveling to Syria to marry militants or support the Islamic State group. They include Aqsa Mahmood, who authorities believe to be a key Islamic State group figure and a recruiter for other girls to follow in her footsteps.

Last week a woman who tried to take her children to Raqqa, Syria to live under Islamic State control was sentenced to more than five years in prison.