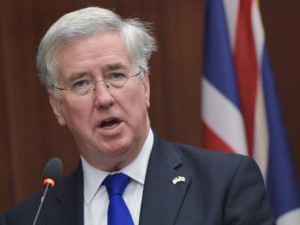 A motion tabled in the UK House of Commons is urging the government to make greater efforts to arm the Peshmerga.

The motion notes that airstrikes, whilst effective, are not sufficient to defend the Kurdistan Region against Islamic State (IS) attacks, and also that Baghdad is not a reliable partner for the Kurds.

“[The House of Commons] believes that American and British air power are vital to the continued defence of the Kurdistan Region but that the KRG also needs an increased and reliable supply of heavy weapons to defend itself.

“Baghdad is effectively delaying, if not formally denying, such supplies by not responding to foreign governments that wish to supply such weapons,” the motion continues, “The Baghdad government is…failing to be transparent in the supplies that are reaching the Kurds and in explaining when shortfalls will be completed.”

The debate comes at a time when the UK government itself is being criticised for a lack of transparency. Despite a vote that supported airstrikes in Iraq, but against the use of force within Syria, it has emerged that bombing missions have been taking place on IS positions in the country.

Defence Secretary Michael Fallon explained in the Commons, “Its [IS] command and control is in northern Syria. It is from there its weapons and fighters flow into Iraq. It is from there that its global influence spreads and from where the direct threat to the UK comes.

“We are also determined to use the forces at our disposal to do more to tackle [IS] at its source.”

The covert nature of the missions in Syria have bought protests from the opposition, who claim that without a freedom of information request, the operations would have continued unannounced, or until there had been an incident.