You are here: Home / Europe / UK: one million staff to receive training for terrorist attacks 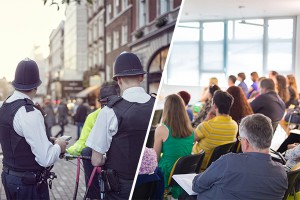 One million staff who work in public areas with low security, such as city centres and entertainment venues, will be trained on how to deal with terror attacks.

In light of the attacks in Paris and Belgium, London has increased its security and will train workers through its scheme ‘Project Griffin’, a police initiative that briefs 100,000 workers per year on how to react to an offence.

“Police can help explain what the threats and risks to different sectors are, but companies are better placed to explain to staff exactly what action they can take to enhance their security and how to respond if the worst happens.

“Individual organisations have vital protective security information such as building layouts, security equipment and safety procedures. They have the local knowledge that could be vital to keeping staff and the public safe.”