You are here: Home / MidEastGulf / UK Intelligence source: use of Special Forces inevitable 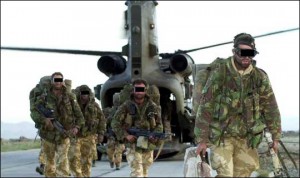 In response to the recent terror attack on British holidaymakers in Tunisia, the Sunday Times has reported that British Prime Minister David Cameron has given ‘carte blanche’ to special forces to conduct missions deep in Islamic State (IS) held territory.

Up to 100 members of the British SAS and SBS elite units will work alongside US Navy Seals and special forces to capture or kill leading figures of the jihadists movement across Iraq and Syria.

The Mail on Sunday last year reported that members of the SAS were being helicoptered into positions in Iraq to eliminate IS targets using quad bikes to reach positions under cover of night.

Although those reports were never officially recognised, a senior intelligence sources reported told the Sunday Times, “The SAS have been pushing to be more proactive for quite a while.

“In the past couple of years they have planned a number of operations in Syria when the chemical weapon threat was high but the missions were vetoed at the highest level because of the risks involved.

“The Tunisian attack has led to a rethink and has speeded up the inevitable use of SF [special forces] against Islamic State.”

The SAS and SBS will work with British intelligence agencies GCHQ and MI6 from a command centre in north London.