You are here: Home / Europe / UK grandfather takes up the fight against Islamic State in Iraq 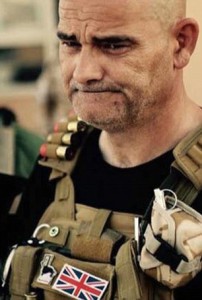 A grandfather from Tyne and Wear who has travelled to Iraq to fight against the self-proclaimed Islamic State has been praised by his neighbours, who said he is a brave man fighting for his country.

Jim Atherton, 53, from Washington, flew to the Middle East to reportedly join up with a Christian militia group who are fighting the Islamist extremists.

But the father of three and grandfather of two was described by friends as a quiet man who kept himself to himself and had no army experience.

Speaking to The Sun, he said: “I’m prepared to die fighting IS.

“I’m not a young bloke, I had a heart attack in 2007. But it’s something I felt I had to do. I wanted my grandkids to know what I’m really about.”

Neighbours who have known Mr Atherton for many years expressed their shock and surprise at his decision but also their admiration for what he has done.

Howard Williamson, 68, a former labourer who has lived on the street for 40 years said he knows him very well.

“I think he’s doing a hell of a job and it’s really good of him,” he said.

“He’s a much braver man than me, I have known him for a lot of years. He’s a tough man to go out there.

“He didn’t mention it before, just packed his bags, sold his car and done a flit.

“The family are not very pleased about it, that’s what I know. I don’t think his wife is very happy.

“I think he’s doing a hell of a job going out there, he’s fighting for the country and it’s a good thing.

“I didn’t believe it when I first heard, he’s got no experience going in the army.

“He’s a nice lad and I get on with him very well, he’s quiet and always keeps himself to himself. I hope he gets back in one piece.”

Mr Atherton told The Sun he raised £18,000 to pay for his travel and weapons by selling his Sierra Cosworth, two motorbikes and a boat.

He said: “Watching what IS are doing just beats me up. I couldn’t stand seeing them killing woman and children willy-nilly.

“People were commenting online about IS atrocities then five minutes later it was all forgotten.

“Nobody seemed to be doing anything about it, so I decided that I would.”

Another neighbour, who heard the news after returning from holiday, said: “I take my hat off to him for doing it, they are like a swarm out there.

“I’m shocked and don’t really know what to say. I only ever saw him walking his dog.

“A friend of mine is out there working in security and he says it’s treacherous. I’m pretty speechless thinking about it.”

According to The Sun, Mr Atherton has come under mortar and rocket fire as he patrols a Christian community in villages near IS positions.

He said he flew to Turkey and was turned back initially but returned a second time and was able to get a flight to Iraq.

He has since equipped himself with a machine gun, a pistol, a shotgun and a grenade.