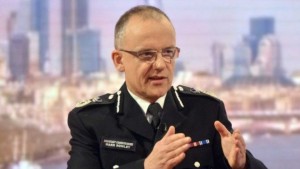 Britain’s counter-terrorism chief has warned that the UK is facing the threat of “enormous and spectacular attacks” by the Islamic State group.

Metropolitan Police Assistant Commissioner Mark Rowley said on Monday that while in the past few years the Islamist group had called on would-be jihadists to attack police and the military, their plots were now broader “plans to attack Western lifestyle”.

“In recent months we’ve seen a broadening of that, much more plans to attack Western lifestyle, and obviously the Paris attacks in November.

“Going from that narrow focus on police and military as symbols of the state to something much broader. And you see a terrorist group which has big ambitions for enormous and spectacular attacks, not just the types that we’ve seen foiled to date.”

He added: “You see a terrorist group that whilst on the one hand has been acting as a cult to use propaganda to radicalise people to act in their name … you also see them trying to build bigger attacks.”

Mr Rowley, who is the national policing head for counter-terrorism, said IS was trying to get supporters who have received military training in Syria into northern Europe to stage attacks.