You are here: Home / Europe / UK anti-extremism program records 7,500 tip-offs in one year: where ideology was noted, 54 percent related to Islamic extremism 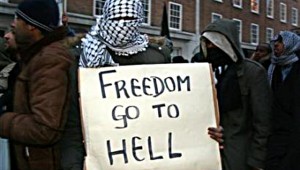 Organizations such as schools have reported more than 20 cases per day related to people they suspected were vulnerable to radicalization, according to new figures cited by local media Tuesday, according to politico.eu.

The Prevent program, under which organizations are required to notify authorities if they believe someone could become radicalized, received a total of 7,500 referrals for the year to the end of March 2016. Of those cases where ideology was recorded, 54 percent related to Islamic extremism and only 8 percent to far-right ideology.

Some 8 percent of those referred under the scheme were under 10 years old and around 40 percent were under 18.

Of total referrals, 10 percent were assessed as having a “counter-terrorism” vulnerability and intervention took place, 25 percent had a “non-counterterrorism vulnerability” that was referred to another agency, 37 percent led to no further action and 28 percent were ongoing.