You are here: Home / Europe / UK acts to prevent doctors from joining ISIS 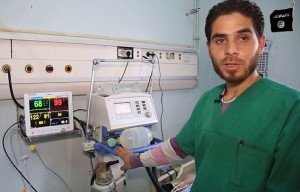 A UK delegation including an imam from London has visited Sudan in an attempt to stem the flow of British doctors studying in the country joining the Islamic State (ISIS) in strife-torn Syria.

The terrorist group has been seeking out foreign medics to help at its hospitals in Syria and at least 17 British doctors are believed to have joined the group’s so-called “health ministry” in 2015 alone.

According to a report in the Observer, the UK Foreign Office is coordinating efforts to prevent more Britons travelling to join ISIS from Khartoum’s University of Medical Sciences and Technology (UMST), the main source of these medics in Syria.

The newspaper reported that a second group of UK doctors who left Sudan for Syria have joined up with members of an earlier group who travelled to join ISIS in March last year.

According to family sources, the second group of five Britons, including two brothers from Leicester, are understood to have joined up with 20-year-old Rowan Kamal Zine El Abidine, a prominent member of the nine-member British medical staff who journeyed from Khartoum earlier.

Concerns that more sleeper cells of British doctors in Khartoum are planning to go to Syria have prompted some parents to reportedly withdraw their children from UMST and has triggered considerable unease among UK diplomats and the Sudanese intelligence services, the newspaper claims.

A UK Foreign Office spokesperson said: “Since the cases of British nationals travelling from Sudan to Syria, the British embassy in Khartoum remains in contact with the University of Medical Sciences and Technology to address these concerns.

“We continue to support the university in its efforts to promote dialogue around these issues.”