You are here: Home / Europe / UK: ‘264 convictions for Islamic-inspired terrorism offences since 1998’ 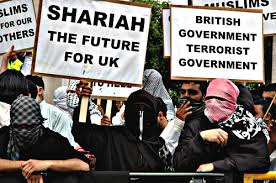 The number of Islamic-inspired terrorism offences in the UK has nearly doubled in the five years to the end of 2015, according to a new report.

The period from 1998 to 2015, studied in a report on Islamist terrorism on British soil, has also seen a surge in the number of women taking part in these crimes with offenders are getting younger and the bulk of the Islamism-inspired threat coming from home-grown terrorism, like reported by asianimage.co.uk .

It was found that 72% of Islamism-related offences (IROs) were carried out by UK nationals or people who held dual British nationality.

Report author Hannah Stuart, a fellow at The Henry Jackson Society who commissioned the study, believes it poses “particular challenges for the authorities”.

She said: “Our security services will be particularly concerned that the major threat continues to be home grown – and that females are playing an ever increasing role in terrorism. Such a high concentration of offenders in London and Birmingham will also focus the minds of policy makers when it comes to deciding where to target our counter-terrorism efforts.”

There were 269 individual offences and 264 convictions for Islamism-inspired terrorism offences as a result of arrests from 1998 involving 253 British or foreign nationals.

“More than half of the female cases involved behaviour that was supportive of men with whom they have a family or personal relationship, or was accepted by the trial judge as subordinate to that of their partner and co-accused.”

The most common age for an Islamic terrorist was 22, a third of women offenders were 22 and the average age overall was 26.8 years old. In general those who carried out terror attacks were aged between 14 to 52 years old.

Among all the offenders, 72% counted London, the West Midlands or North West England as their home. No other region contained 10% of residences, the study found.

London was where 43% of terrorists lived when they were arrested for an IRO.

The second most common region was the West Midlands where 18% of offenders lived, and the bulk of these people came from Birmingham.