You are here: Home / Africa / Uganda warns of possible attack by Somali militants 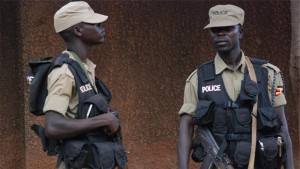 Ugandan police warned of a possible attack on mosques including in the capital Kampala by Somalia’s al Qaeda-linked al Shabaab militants and cautioned the public to be vigilant.

Police said they had received intelligence indicating al Shabaab was planning an attack on Kampala during the Eid al-Adha holiday on Thursday.

“The hunt for the al Shabaab cell/group behind this planned attack is ongoing, we call upon the general public to be extra alert and vigilant,” the statement, issued late on Wednesday, said. Police have increased security around the city.

Al Shabaab claimed responsibility for those attacks, saying they were revenge for Uganda’s deployment of troops in Somalia.

Uganda’s military contingent forms the backbone of the African Union’s AMISOM peacekeeping force in Somalia which has been battling the Islamist rebels with the Somali army.