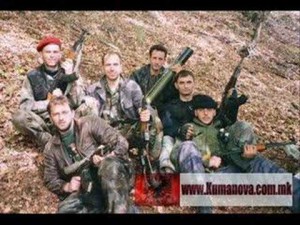 A deadly attack in the Republic of Macedonia is being blamed on five militant leaders from Kosovo in the latest ethnic clashes there, officials said.

More than a dozen gunmen and eight security officers were killed in the assault in the northern town of Kumanovo, near the Serbia-Kosovo border, Macedonia’s foreign ministry said.

By the end of the attack, about 30 terrorists were apprehended and nearly 40 police officers were wounded, officials said.

Many of the residents near the Macedonian capital who returned to their villages and homes after the fighting said their homes had been heavily damaged by the gunfire.

The Republic of Macedonia, which is currently seeking membership to the European Union, is a former territory of Yugoslavia that formed following the fall of the Soviet Union in 1991.

Macedonian officials said those who were captured will now face the nation’s justice system for trying to destabilize the republic — a claim both sides are making, accusing each other of trying to make a power grab.

Nato Secretary General Jens Stoltenberg said he was following the situation with “great concern” and urged all sides to “exercise restraint and avoid any further escalation, in the interest of the country and the whole region,” the BBC News report said.

Macedonia has been marred by ethnic violence since 2001, when Albanian rebels started fighting government forces. About a quarter of the nation’s two million citizens are of Albanian ancestry.