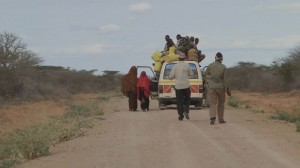 The United Sates has warned its citizens living in Kenya to avoid traveling to the border area between Somalia and Kenya because of threats by the terrorist group Al-Shabaab, according to xinhuanet.com.

In a revised travel advisory issued on Friday, the U.S. State Department told Americans to avoid travel in the northeastern Kenyan counties of Mandera, Wajir and Garissa, the coastal counties of Tana River and Lamu in their entirety, all areas north of Malindi in Kilifi County, and the Nairobi neighborhood of Eastleigh.

“The U.S. citizens should also be aware of potential terrorist threats and the high risk of crime throughout the country,” it said in its advisory which replaces that one issued in 2016.

Washington also advised its citizens to visit Old Town in the coastal city of Mombasa only at daylight hours and avoid using the Likoni Ferry due to safety concerns.

“Violent and sometimes fatal crimes, including armed carjackings, muggings, home invasions and burglaries and kidnappings can occur at anytime,” it said.

Analysts have warned that the warnings especially in the tourism resorts in the coastal region are a blow to Kenya’s already troubled tourist industry which relies on foreign visitor, many of whom combine safaris with beach holidays in Mombasa.

The East African nation relies heavily on the currency of foreigners that travel to see the wildlife and natural beauty of the land.

These terror attacks threaten the tourism business which the country so readily relies on, so by extension the economy is threatened too.

In October 27, 2016, an assailant with a knife attacked a police officer guarding the U.S. Embassy compound. The assailant was however shot dead by the security officers.

According to Washington, terrorist attacks involving shootings, grenades, or other explosive devices resulted in 122 fatalities in 2016.

The bulk of these incidents occurred in Wajir, Garissa, Lamu and Mandera counties. However, it said potential terrorist threats remain in Kenya, including within the Nairobi area, along the coast, and within the northeastern region of the country.