You are here: Home / Senza categoria / U.S. turns up the heat on Islamic State, al-Qaida 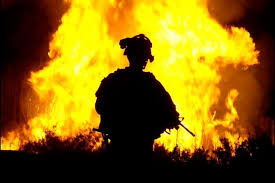 A sharp escalation in the United States’ largely covert military campaign to cripple the Islamic State by eliminat­ing its leadership and the economic means to sustain its self-proclaimed caliphate across Syria and Iraq has taken a withering toll on the group and its territorial base, like reported by upi.com.

IS’s external operations arm, whose campaign of terrorist attacks across the Middle East, Western Eu­rope and Asia has intensified as the group’s battlefield defeats mount­ed, has been particularly targeted by the U.S.-led coalition engaged in Syria and Iraq.

The Americans have also begun targeting al-Qaida leaders, with at least a score of attacks in Syria since Jan. 1, an indication that Washington is increasingly concerned about the resurgence of the original jihadist organization in Syria under a new breed of dynam­ic younger leaders determined to eclipse the breakaway IS.

The United States attacked the Sheikh Suleyman training camp in western Aleppo province oper­ated by Jabhat Fateh al-Sham, considered to be al-Qaida’s wing in Syria. The unusual attack, which included strikes by a swarm of mis­sile-firing MQ-9 Reaper drones, was the fifth such attack on al-Qaida and related groups in January. More than 100 fighters were reported killed.

Less than 24 hours earlier, two U.S. B-2 stealth bombers, on a 32-hour round-trip mission from a base in Missouri, battered two IS camps south of Sirte, Libya, with 108 preci­sion-guided bombs, killing another 80-90 fighters in a demonstration of U.S. strategic reach.

These men were associated with the Khorasan Group, an elite unit of two dozen al-Qaida veterans infiltrated into Syria since 2014 by al-Qaida leader Ayman al-Zawahiri. The Americans say its objective is to launch terror attacks in the West.

With an estimated 10,000 fight­ers, JSF is the biggest of al-Qai­da’s branches and matches IS’s military strength but, while IS is steadily losing ground in Syria and Iraq, JSF has expanded in Syria’s northern Idlib province.

These developments seem to be behind the U.S. focus on the group. The Americans had left JSF alone in part because it was fighting against Syrian President Bashar al-Assad and IS and, as happens in the perplex­ing Syrian war in which alliances are constantly shifting, sometimes even shared the same objectives as CIA-supported rebel forces.

The word is that it has used the Western focus on hammering IS to build up its power but its emergence as a major player in Syria and long-held U.S. concerns that it plans to renew attacks on the West have made it a target.

The U.S. decision to widen the campaign against IS to include al-Qaida and all its affiliate groups, such as JSF, indicates that these organizations are seen as a threat to the West and that their capabili­ties and influence could increase significantly if the IS caliphate is crushed.

Many of the key figures killed in the recent attacks were linked to al-Qaida’s external operations. In airstrikes on Jan. 1 and Jan. 3 more than 20 al-Qaida opera­tives were killed.

The Pentagon said in the first at­tack U.S. jets raked a convoy leaving an al-Qaida headquarters at Sar­mada, in northwestern Syria, with Hellfire missiles. The second hit the headquarters itself.

Among those killed were Abu Khattab al-Qahtani, an al-Qaida veteran of the conflicts in Afghani­stan and Yemen, and Abu Omar al- Turkistani, a leader of the al-Qaida-affiliated Turkistan Islamic Party and, reputedly a JSF commander.

However, for now the most im­mediate U.S. objective is to destroy IS’s caliphate and degrade its mili­tary capabilities as the group comes under mounting pressure in Syria and Iraq and faces the loss of its last two urban strongholds, Mosul in Iraq and Raqqa in northern Syria.

“The steady destruction of the leadership of the Islamic State, plus the loss of territory, is eroding the group’s appeal and potency,” observed former CIA officer Bruce Riedel, now a terrorism specialist at the Brookings Institution in Wash­ington. “The Islamic State is facing a serious crisis.”