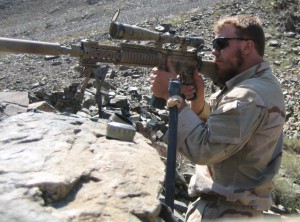 U.S. special operators in northern Iraq and Syria are killing Islamic State leaders at a faster pace, disrupting the organization’s defense of Mosul and, more importantly to Pentagon leaders, their ability to plot attacks against the United States and other targets outside the region.

Defense Secretary Ash Carter, in a Sunday visit with American and coalition forces at the Joint Operations Center in Erbil, the Kurdish capital in northern Iraq, said he commended American fighters here who are supporting “elements in Syria” and working to envelop Raqqa. Quickening the pace of targeting ISIS leaders, known in military parlance as “high-value targets” or “high-value individuals,” has hurt the terrorist group’s ability to launch external “attacks aimed at our own people, our own country, and friends and allies,” he said.

The defense secretary did not offer further details about the U.S.-led missions, which military officials say are kept secret to protect operational security. But the public boast was another acknowledgment by senior Obama administration and military officials that the ISIS war is an active combat operation where elite American fighters — not just local forces — are actively hunting and killing the most feared and effective terrorist leaders in the world.

“We are killing those that are hatching those plots. We are killing the leadership of ISIL. We are getting more and more effective at doing that, and that’s also necessary to protect our people, and our folks are very skillful at that and getting better and better at it.  A very high priority for all of us,” said Carter.

Meanwhile, the special operations community, which purposefully works in the dark, has struggled to find its public footing in a war in which their members appear on social media unwillingly, increasingly cross paths with reporters in the field, and whose commanders remain uneasy about how to discuss their operations in ways that can better inform the public and protect the troops they command.

The secretary and Lt. Gen. Stephen Townsend, who commands the coalition forces in Iraq, spoke to reporters at the Erbil International Airport. As attack helicopters busily arrived and departed, the duo said special operations efforts to kill ISIS leaders also continue to reap valuable intelligence. Mosul will add to that pile.

“By targeting the mid-tier leaders, which our special operations forces and our air forces have done remarkably well, we have caused a lot of confusion in the ranks of the defender of Mosul,” he added. “I think they’re going to pay off in the coming weeks ahead.”

“Mosul will help us with that,” Carter said. “It helps in several ways. One is we get more intelligence, more information about how they’re operating, therefore we get new opportunities to attack external plotters. Also, as they get squeezed down in their territory they get more concerned with their own security and are less free to orchestrate complex attacks against either this country or externally, including very importantly, obviously, to me and all of us, the United States. So, we’re getting more and more opportunities and that’s why you’re seeing us do more and more in the area of external operations, but it’s got to be always our highest priority. Mosul will give us yet more opportunities.”

Over the past two years, Erbil’s international airport has welcomed thousands of troops from the UK, Canada, Italy, Hungary, Finland, and beyond. They have amassed at this nameless but very active base of counterterrorism and Peshmerga training operations. Hastily erected tent cities are morphing into fields of sturdier structures, and foreign troops have formed their own villages – the Germans have their own restaurant; the Italians, their own dining facility (with alcohol, which still is forbidden for U.S. troops deployed to Iraq).

With few options for a public relations backdrop, and a desire not to reveal the increasingly diverse menu of strike aircraft, Carter’s staff gathered reporters for his press conference inside a featureless passenger waiting lounge along the flight line: a beat-up, converted mobile home unit. It was there, between a dart board with no working darts and a stack of torn magazines and ping-pong paddles, the Pentagon chief and three-star war commander boasted of killing their way through the senior ranks of the Islamic State, which dug in for the fight of their lives just 45 miles away, in Mosul.