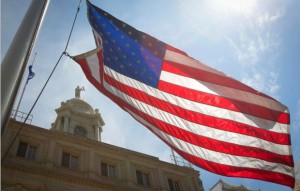 “The only way you can destroy the caliphate is with a ground component,” said Graham who is seeking his party’s presidential nomination. “The aerial campaign is not turning the tide of battle.”

On Sunday he and Graham told reporters during a visit to Baghdad that U.S. personnel could provide logistical and intelligence support to a proposed 100,000-strong force from Sunni Arab countries like Egypt, Turkey and Saudi Arabia.

Obama last month ordered the deployment of dozens of special operations troops to northern Syria to advise opposition forces in their fight against Islamic State, adding to an increasingly volatile conflict in Syria.

Russia and Iran have ramped up their military support for President Bashar al-Assad’s fight against rebels in Syria’s four-and-a-half year civil war, while the Paris attacks showed how Islamic State has extended its reach to Western cities.

U.S. counter-terrorism experts have warned that deploying ground troops risks backfiring by feeding Islamic State’s apocalyptic narrative that it is defending Islam against an assault by the West and its authoritarian Arab allies.

The U.S.-led coalition which has been bombing Islamic State targets in Syria and Iraq for more than a year relies heavily on American resources despite including some 60 nations.

McCain said it would be possible but not easy to rally Arab allies to contribute to the proposed ground force in Syria.

“The question… is being asked all over the capitals of the West right now,” he said. “(Arab) countries for a long time have not seen what’s happening as a direct threat to them. Now I believe that they do.”

The senators said removing Assad, who is backed by Russia and Iran, was key to getting Arab Sunni states to back the proposed ground force.