Islamic State (ISIS) fighters are successfully fleeing Iraq and Syria, the spokesman for the U.S.-led military coalition against the terrorist group said , according to breitbart.com 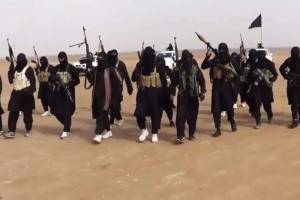 “It’s small numbers,” said Air Force Col. John Dorrian via teleconference from Baghdad during a press briefing with reporters at the Pentagon. But, he added, “they’re not really in any position to be leaving because, in many areas, they’re isolated.”

U.S.-backed Iraqi and Syrian forces are closing in on the terrorist group’s strongholds in Iraq and Syria, hurting the group’s ability to recruit new forces, officials say. But some ISIS foreign fighters have also expressed the desire to go back to their countries.

In ISIS records captured by Iraqi forces last month, a French foreign fighter in Syria said he wanted to go back to France and conduct an attack there, according to a Washington Post report published Tuesday. It said:

“He doesn’t want to fight, wants to return to France,” said the notes on a 24-year-old listed as a French resident of Algerian descent. “Claims his will is a martyrdom operation in France. Claims sick but doesn’t have a medical report.

The Post’s report said more citizens from France had joined ISIS than any other country in Europe since 2011 when the civil war in Syria began and ISIS arose.

The French government reported a sharp decrease in the number of its citizens going to Iraq and Syria to join ISIS in the first half of 2016 but said almost 700 remain there, including 275 women and 17 minors, according to the article.

“There’s probably not a tremendous market of people that want to go and join that fight because the enemy is being annihilated in Mosul, and they will be in other areas as well,” he said.

Defense officials have long warned that, as local forces squeeze ISIS in Iraq and Syria, the group may try to launch attacks outside of the countries.

A Reuters story on Tuesday said some Islamist experts believe ISIS is trying to develop alternatives to its “caliphate” in Iraq and Syria, including redoubling its efforts to strike inside the U.S.