You are here: Home / MidEastGulf / U.S. launches first strike on Islamic State in Syria from Turkey 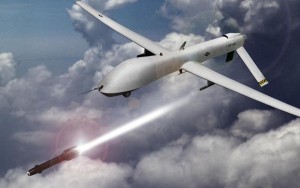 The United States has begun conducting airstrikes over Syria from a base in southern Turkey, the Pentagon said Wednesday, Aug 5, opening a new front in the Obama administration’s air war against the Islamic State, the Washington Post reports.

Capt. Jeff Davis, a Defense Department spokesman, told reporters at the Pentagon that a U.S. drone had hit an Islamic State target in Syria on Tuesday, August 4. He declined to say exactly where the strike took place or whether it was successful.

Before this week, Ankara had only permitted the United States to fly surveillance missions from Incirlik, forcing it to rely largely on more distant bases¬ and cutting down on the time U.S. aircraft can spend over target areas.

Davis said the Pentagon would place manned fighter jets at Incirlik in the near future. He said the new operations from Turkey would “put coalition aircraft significantly closer on the map to where these potential targets are.”

In particular, the new combat flights will give the United States easier access to a “safe zone” the two countries are planning for northern Syria. The proposal aims to establish an area close to Syria’s border with Turkey that would be cleared of Islamic State fighters, the Washington Post says.

Turkey has also allowed the United States to establish a training site there for the Pentagon’s program to build up a new Syrian force to fight the Islamic State. The program has suffered a host of setbacks, most recently the abduction this week of five U.S.-trained fighters by al Qaeda’s Syrian affiliate.