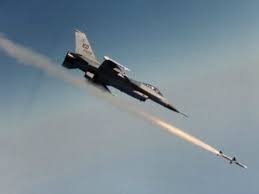 The U.S. military says it launched an airstrike on the city of Kunduz in northern Afghanistan early Tuesday, after it was captured by the Taliban the previous day.

U.S. Army Col. Brian Tribus, spokesman for the U.S. and NATO missions in Afghanistan, said the strike was carried out “in order to eliminate a threat to the force.”

Afghan forces have launched an operation to try and retake the city, which fell to the Taliban on Monday.

Doctors Without Borders said its trauma center was at full capacity after receiving 102 wounded patients after heavy fighting Monday.

It is the first time the militants have seized a major city in Afghanistan since their regime was overthrown by a U.S.-led coalition in 2001. The fall of the city comes as President Ashraf Ghani marks one year office.

The Taliban has been pressing attacks against Afghan security forces since the U.S. combat mission there officially ended last year and the government assumed responsibility for security.

Fewer than 10,000 U.S. troops are in Afghanistan to provide training and other support.