You are here: Home / Senza categoria / U.S. has new visa rules to guard against ISIS 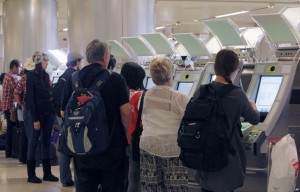 The U.S. Department of State and Department of Homeland Security announced Thursday that America will begin implementing changes to the Visa Waiver Program Improvement and Terrorist Travel Prevention Act of 2015.

Before Thursday, citizens of the 38 VWP-designated countries, which include Korea, France and Japan, were able to visit the United States without a visa for up to 90 days for tourism or business, as long as they applied for and received an approved travel authorization via the Electronic System for Travel Authorization (ESTA).

More than 1.2 million Koreans visit the United States annually on that system.

Nationals of VWP countries who are also nationals of Iran, Iraq, Sudan or Syria need to apply for visas at U.S. embassies or consulates as well.

The U.S. Homeland Security Committee estimates “around 5,000 Europeans to have traveled to Syria and Iraq to fight with terrorist groups like ISIS,” and that VWP-country citizens who traveled to these hotspots “should be required to undergo more stringent screening through the regular visa process.”

The bill incited strong opposition from EU ambassadors in the United States, who called it an “indiscriminate action against the more than 13 million European citizens who travel to the U.S. each year.”

State Department spokesman Mark Toner added in a press briefing on Thursday, “[The travelers] simply have to go apply for a visa at their embassy or consulate. We issued over 10 million nonimmigrant visas to qualified travelers last year.”

Individuals who have traveled to Iran, Iraq, Sudan or Syria on behalf of international organizations, humanitarian NGOs, for reporting purposes or official government duties may be eligible for a waiver from the restrictions.