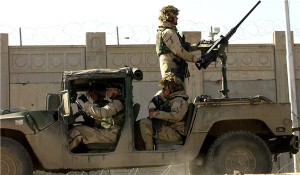 U.S. forces have taken control and are operating from Rmeilan airbase in Syria’s Kurdish-dominated Hasakah Province, near the Turkish and Iraqi borders.

The United States secured access to the base under an agreement with the Kurdish People’s Protection Units, which has held Rmeilan for the past two years, and will reportedly use the facility to provide air and logistical support to the Syrian Democratic Forces coalition operating against the Islamic State.

The United States is also working with Turkey to introduce new technology to assist in securing the country’s border with Syria, particularly along the 60-mile strip that has been an access point for the Islamic State.