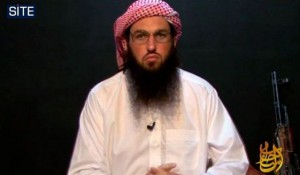 How Adam Gadahn, a heavy metal rock enthusiast from a small Southern California town, became Azzam the American, a leading propagandist and the highest-ranked American in al Qaeda’s terror hierarchy, is one of the stranger odysseys of the global war on terror, an odyssey that ended abruptly earlier this year when Gadahn was reportedly killed by a U.S. drone strike in the remote border region between Afghanistan and Pakistan.

The 37-year-old Gadahn, the first American to be charged with treason in more than 50 years, was killed by an American drone strike, President Obama confirmed Thursday, in a January CIA attack that was not even targeting the long-wanted terrorist. At the time of his death, he was on the FBI’s Most Wanted list, and the State Department was offering a $1 million reward for his capture.

It was a long, strange journey that put Gadahn in the crosshairs of the U.S. drone.

He was born Adam Yahiye Gadahn in Oregon and reared in Winchester, California. His grandfather was Jewish and, as a boy, he displayed no signs he was attracted to a violently anti-American terror movement.

In 1995, at 17, he moved in with his grandparents in Santa Ana, California, and converted to Islam at the Islamic Society of Orange County shortly afterward. He became radicalized while studying with a small group of young fundamentalists who targeted the mosque’s chairman, Haitham Bundakji, whom they referred to as “Danny the Jew” for his penchant for wearing Western-style clothes and being friendly with Jews.

Three years after his conversion, in 1998, Gadahn traveled to Pakistan and married a Muslim woman, who bore him at least one child. He told family and friends that he was going there to become a journalist in the Karachi region, but he was soon handling propaganda and media duties for al Qaeda, with his perfect command of idiomatic American English making him stand out clearly among the group’s senior ranks.