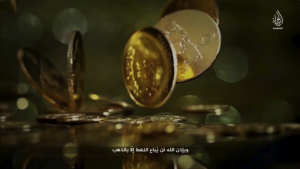 Since last month, U.S. warplanes have struck the Islamic State group’s oil infrastructure in Syria in a stepped-up campaign of economic warfare that the United States estimates has cut the group’s black-market earnings from oil by about a third.

In finding their targets, U.S. military planners have relied in part on an unconventional source of intelligence: access to banking records that provide insight into which refineries and oil pumps are generating cash for the extremist group, current and former officials say.

The intent is to choke off the Islamic State’s funding by tracking its ties to the global financial system. By identifying money flowing to and from the group, U.S. officials have been able to get a glimpse into how its black-market economy operates, people with knowledge of the effort have said.

That in turn has influenced decisions about targeting for airstrikes in an effort that began before the Islamic State’s Nov. 13 attacks on Paris and has intensified since, they said. While the Islamic State’s access to formal banking has been restricted, it retains some ties that U.S. military and financial officials can use against it, the current and former officials said.

“We have done a really good job of largely keeping the Islamic State out of the formal financial system,” said Matthew Levitt, who served as deputy assistant secretary for intelligence at the U.S. Treasury in the George W. Bush administration. “But we haven’t been entirely successful, and that may not be a bad thing.”

Reuters was unable to verify key aspects of the campaign, including when it started or exactly which facilities have been destroyed as a result. Two current officials who confirmed the operations in outline declined to comment on their details.

It was unclear how U.S. intelligence, Treasury, and military officials working on what the government calls “counterthreat finance” operations have used banking records to identify lucrative Islamic State oil-related targets in Syria and whether that involved local banks.

A report this year by the intergovernmental Financial Action Task Force found there were more than 20 Syrian financial institutions with operations in Islamic State territory. In Iraq, Treasury has worked with government officials to cut off bank branches in the group’s territory from the Iraqi and international financial systems.

“We are seeing them using traditional banking systems,” he said at a banking conference last week in Washington, adding that young, tech-savvy Islamic State members are also familiar with virtual currencies such as bitcoin.

Islamic State, also known as IS, ISIS or ISIL, is sometimes forced to use commercial banks because the amounts involved are too large to move using other means, said Levitt.

The U.S. Treasury’s Financial Crimes Enforcement Network (FinCEN) uses a set of “business rules” to screen the roughly 55,000 reports it receives daily from financial institutions for signs of activity involving Islamic State, a spokesman said. He declined to describe the rules, but law enforcement sources say names, IP addresses, email addresses, and phone numbers are among the data that intelligence authorities try to match.

The matches allow FinCEN “to connect the dots between seemingly unrelated individuals and entities,” the FinCEN spokesman said. At present, FinCEN finds about 1,200 matches suggesting possible Islamic State-linked financial activity each month, up from 800 in April, the spokesman said.

Bank of America, JP Morgan and Wells Fargo declined to comment on whether they provided financial reports to the U.S. government. Such reports are supplied confidentially. Citigroup, HSBC, and Standard Chartered did not immediately respond to requests for comment.

The use of financial records linked to Islamic State is only one part of the intelligence-gathering exercise for airstrikes in Syria that also includes methods such as aerial surveillance by drones, officials said.

One former military official familiar with the process said that any financial intelligence collected by FinCEN would require “significant vetting” before the military acted on it.

On Nov. 8, a coalition airstrike destroyed three oil refineries in Syria near the border with Turkey.

U.S. defense officials estimate that Islamic State, an adversary the United States calls the wealthiest terrorist group of its kind in history, was earning about $47 million per month from oil sales prior to October.

The Pentagon estimates the strikes have reduced the Islamic State’s income from oil sales by about 30 percent, one U.S. defense official with knowledge of the previously unreported estimate said.

The use of financial records in helping to pick U.S. targets was first disclosed last week at the banking conference in Washington. At the conference, Kurt Gredzinski, the chief of the Counter Threat Finance Team at U.S. Special Operations Command, cited the importance of information provided by banks in the war against Islamic State.

“That to me is the first time in my recollection that we strategically targeted based on threat finance information,” he said at the conference. He declined to comment further on which strike he had been referring to.

U.S. officials believe that diminished funding could gradually undermine the Islamic State’s grip on the area it controls in Iraq and Syria because it needs revenue to pay salaries and keep public infrastructure operating, said two former officials with knowledge of the Obama administration’s thinking.

Experts caution that the Islamic State, which rules an area the size of Austria, has surprisingly deep pockets due to the various revenue streams it controls. It has built up what amounts to a “durable and resilient financial portfolio,” funded by oil sales, extortion, and sales of antiquities, said Thomas Sanderson, an expert on terrorism at the Center for Strategic and International Studies.

“Money can be strapped to the backs of mules,” Sanderson said. “It’s easy to move things across a border during a time of deprivation and chaos.”

Despite some initial success, cutting off its funding will require deeper cooperation from governments from Turkey to Russia, experts say. The group has shown the ability to bounce back from previous U.S. strikes on its oil facilities.

Counterterrorism experts say the Islamic State appears to have learned from U.S. successes in cracking down on funding for al-Qaida, which relied heavily on support from wealthy donors in the Persian Gulf region.

“IS has learned that you don’t want to be reliant on too many outside sources,” said Sanderson. “Donors are fickle and subject to pressure, and (IS) wants to be in control.”