You are here: Home / Africa / U.S. Department of State designates as terrorists Islamic State affiliates and leaders in Democratic Republic of the Congo and Mozambique 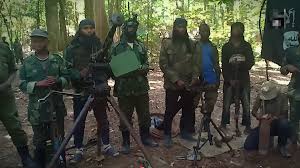 The Department of State has designated the Islamic State of Iraq and Syria – Democratic Republic of the Congo (ISIS-DRC) and the Islamic State of Iraq and Syria – Mozambique (ISIS-Mozambique) as Foreign Terrorist Organizations under section 219 of the Immigration and Nationality Act, as amended. The Department has also designated ISIS-DRC and ISIS-Mozambique as Specially Designated Global Terrorists (SDGTs) under Executive Order 13224, while also designating respective leaders of those organizations, Seka Musa Baluku and Abu Yasir Hassan, as SDGTs, like reported by hstoday.us.

As a result of these designations, among other consequences, all property and interests in property of those designated that are subject to U.S. jurisdiction are blocked, and U.S. persons are generally prohibited from engaging in any transactions with them. Foreign financial institutions that knowingly conduct or facilitate any significant transaction on behalf of these groups or individuals could be subject to U.S. correspondent account or payable-through account sanctions. Additionally, it is a crime to knowingly provide material support or resources to ISIS-DRC or ISIS-Mozambique, or to attempt or conspire to do so.

The Islamic State of Iraq and Syria (ISIS) announced the launch of the Islamic State Central Africa Province (ISCAP) in April 2019 to promote the presence of ISIS associated elements within Central, East, and Southern Africa. Although ISIS-associated media portray ISCAP as a unified structure, ISIS-DRC and ISIS-Mozambique are distinct groups with distinct origins.

ISIS-DRC, also known as the Allied Democratic Forces (ADF) and Madina at Tauheed Wau Mujahedeen, among other names, is responsible for many attacks across North Kivu and Ituri Provinces in eastern DRC. Under the leadership of Seka Musa Baluku, ISIS-DRC has been notorious in this region for its brutal violence against Congolese citizens and regional military forces, with attacks killing over 849 civilians in 2020 alone, according to United Nations reporting on the ADF. The ADF was previously sanctioned by the U.S. Department of the Treasury and the United Nations under the UN Security Council’s DRC sanctions regime in 2014 for its violence and atrocities. The U.S. Department of the Treasury also sanctioned six ADF members, including leader Seka Musa Baluku, in 2019 under the Global Magnitsky sanctions program for their roles in serious human rights abuse, with a subsequent United Nations sanctions listing for Baluku in early 2020 under the DRC sanctions program.

ISIS-Mozambique, also known as Ansar al-Sunna (and locally as al-Shabaab in Mozambique), among other names, reportedly pledged allegiance to ISIS as early as April 2018, and was acknowledged by ISIS-Core as an affiliate in August 2019. Since October 2017, ISIS-Mozambique, led by Abu Yasir Hassan, has killed more than 1,300 civilians, and it is estimated that more than 2,300 civilians, security force members, and suspected ISIS-Mozambique militants have been killed since the terrorist group began its violent extremist insurgency. The group was responsible for orchestrating a series of large scale and sophisticated attacks resulting in the capture of the strategic port of Mocimboa da Praia, Cabo Delgado Province. ISIS-Mozambique’s attacks have caused the displacement of nearly 670,000 persons within northern Mozambique.

Today’s designations notify the U.S. public and the international community that these groups have committed or pose a significant risk of committing acts of terrorism, and they identify leaders of them. Terrorist designations expose and isolate entities and individuals, and deny them access to the U.S. financial system. Moreover, designations can assist the law enforcement activities of U.S. agencies and other governments.