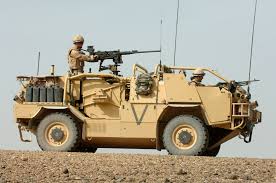 U.S. armoured vehicles have been deployed in Cameroon to help the country fight the Islamist terrorist group Boko Haram, a senior Cameroonian military officer based in Maroua of the Far-North Region said.

The vehicles have arrived in the country less than a week after U.S. President Barack Obama announced a decision to send 300 troops, along with surveillance drones to Cameroon in order to enhance the nation’s effort to counter the terrorist group.

The officer said some members of U.S. troops deployed in the Central African Republic are also expected in the region, who will train the Cameroon defence forces on making good use of the armoured vehicles.

The islamist Boko Haram sect has been using mostly young girls as suicide bombers in the Far-North Region of Cameroon. Its many other attacks along the western border of the country has also forced close to 200,000 farmers and business operators to move further inland for peace and security.