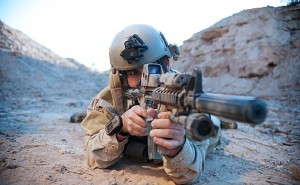 American and Kurdish commandos carried out a raid early Thursday to capture Islamic State militants and to free prisoners near the northern Iraqi town of Hawija, Iraqi officials said.

American military officials declined to comment on the details of the classified operation. But Iraqi officials, describing the raid, said it had involved American helicopters, Kurdish and American special operations forces, and airstrikes.

While some of the details were sketchy, a number of Iraqi officials from the region said the objective had been a prison run by the militants at a village east of Hawija. According to these accounts, American helicopters flew the commandos to the site.

“They cut off roads and raided the place successfully,” one of the officials who confirmed the raid, Najmaldin Karim, the governor of the nearby province of Kirkuk, said in a telephone interview. “They were able to take people with them.”

In Washington, two senior United States military officials confirmed the broad outlines of the operation but refused to provide details.

While American commando operations have taken place in Syria, they are not previously known to have taken place in Iraq. The mission appears to have been the most significant American Special Operations raid against the Islamic State since commandos swooped in on the home of a top Islamic State financier, a man known as Abu Sayyaf, in eastern Syria in May, killing him and capturing a trove of laptop computers and other information.