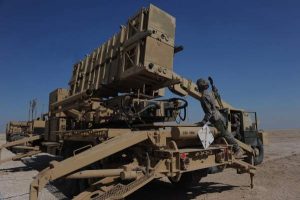 The U.S. Air Force reportedly is deploying Patriot PAC-3 surface-to-air missile systems to the Middle East after mobs waving militia flags stormed the U.S. Embassy in Baghdad on Tuesday, like reported by defence-blog.com.

Early, Donald Trump ordered an airstrike that killed Iran’s most powerful general in the early hours of Friday following an attack on the American embassy in Baghdad by a pro-Iranian mob.

Suleimani, who ran Iranian military operations in Iraq and Syria, was hit by the drone strike while local allies from the Popular Mobilisation Units (PMU) drove him from Baghdad airport. The de facto leader of the PMU, Abu Mahdi al-Muhandis, a close Suleimani associate, was also killed in the attack.

“General Suleimani was actively developing plans to attack American diplomats and service members in Iraq and throughout the region,” a Pentagon statement said. “This strike was aimed at deterring future Iranian attack plans.”

The Iranian general was a cult hero for his fighters.

Iran’s most powerful military figure was regarded as the strategic mastermind behind its vast ambition in the Middle East and the country’s real foreign minister when it came to matters of war and peace.

As commander of elite special forces, he orchestrated covert operations, involving a web of proxy militias, across the region. He also commanded political influence inside Iran and was regarded as second only to Iran’s all-powerful Supreme Leader.

He was widely considered a principal architect of President Bashar al-Assad’s war in Syria, the ongoing conflict in Iraq, the fight against Islamic State, and many battles beyond.

Iranian officials are categorical – this is an act of war to be met by “harsh retaliation”. Iran has many ways and means to strike back as a long-simmering crisis suddenly moves to a new, dangerous chapter.