Thirty-four militant groups from around the world had reportedly pledged allegiance to the Islamic State (IS) extremist group as of mid-December — and that number will only grow in 2016, U.N. Secretary-General Ban Ki-moon said in a report Friday, according to ABC News. 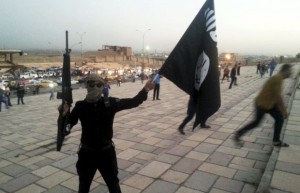 Ban said IS poses “an unprecedented threat,” because of its ability to persuade groups from countries like the Philippines, Uzbekistan, Pakistan, Libya and Nigeria to pledge their allegiance, ABC News has reported.

He said U.N. member states should also prepare for an increase in attacks by IS associated groups traveling to other countries to launch attacks and develop networks.

“The recent expansion of the ISIL sphere of influence across west and north Africa, the Middle East and south and southeast Asia demonstrates the speed and scale at which the gravity of the threat has evolved in just 18 months,” Ban said, using another abbreviation for the group.

Adding to the threat, IS is “the world’s wealthiest terrorist organization,” Ban said, citing estimates the group generated $400-$500 million from oil and oil products in 2015, despite an embargo.

According to the U.N. mission in Iraq, cash taken from bank branches located in provinces under IS control totaled $1 billion. The mission also estimates that a tax on trucks entering IS controlled-territory generates nearly $1 billion a year, he said.

The extremist group captured large swathes of Iraq and Syria less than two years ago and despite international efforts to oust them, Ban said IS continues to maintain its presence in both countries and is expanding to other regions.