You are here: Home / MidEastGulf / Two US trainers at Jordan airbase killed by gunfire 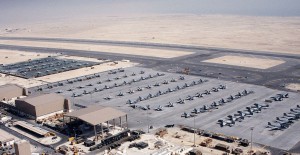 At least two US military trainers were shot dead in Jordan on Friday when the car they were in failed to stop at the gate of a military base and was fired on by Jordanian security forces, a Jordanian military source said.

“There was an exchange of fire at the entrance to the base after an attempt by the trainers’ vehicle to enter the gate without heeding orders of the guards to stop,” the military source said.

The incident occurred at the Prince Faisal air base in southern Jordan, which is a close ally of the United States.