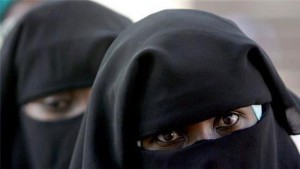 One of the bombs exploded in Mora, killing the girl and wounding at least four people, said Babila Akaou, prefect of the Mayo-Sava department.

Locals killed the second bomber before her device detonated, he added, without going into further details.

Fighters from Boko Haram have killed thousands in northeast Nigeria and have also launched attacks in neighboring Chad, Niger and Cameroon.

The group has frequently used female bombers and children to hit targets.

The two girls, aged between 13 and 18, entered the town early on market day and were spotted by a watch committee, said Akaou.

“They were heading toward the market. They weren’t wearing shoes … which drew attention,” said a local named Abou. The girls passed by him around 7 a.m. (0600 GMT), he said.

Suicide bombers have launched attacks in Mora, about 30 km (20 miles) from the Nigerian border, several times before.

Similar attacks used to happen on an almost daily basis in Cameroon but the International Crisis Group reported this month that the frequency had fallen since September, leading analysts to believe Boko Haram was weakening there.