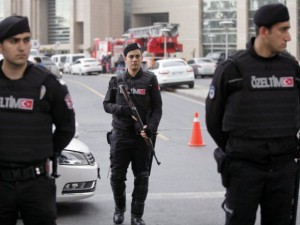 Police detained Jake Hanrahan and Philip Pendlebury in the Bağlar district of Diyarbakır province, where they were filming clashes between Turkish security forces and Kurdish militants, the sources said.

The two Britons and their Turkish translator were in close contact with the Kurdistan Workers’ Party (PKK) militants, the same sources said.

A 2-1/2-year-old ceasefire between Turkey and Kurdish militants collapsed in July after a group close to Kurdistan Workers Party (PKK) rebels shot dead two police officers. Ankara retaliated with strikes against the group in Iraq and Turkey.

Vice News describes itself as an international news organization that focuses on under-reported stories around the globe.