You are here: Home / Senza categoria / Twitter suspends 1.21 million accounts since 2015 for ‘promotion of Islamic terrorism’ 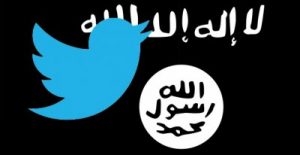 Twitter says it has suspended 1.21 million accounts for the “promotion of terrorism” from 2015 to the end of 2017, a move it claims has made its social network an “undesirable place” for violent content, like reported by rferl.org.

“We continue to see the positive, significant impact of years of hard work making our site an undesirable place for those seeking to promote terrorism, resulting in this type of activity increasingly shifting away from Twitter,” it said on April 5.

Twitter and other social networks have faced pressure worldwide from governments to crack down on militants and others calling for violent attacks.

In its latest “transparency report,” Twitter said it suspended 274,460 accounts in the second half of 2017 “for violations related to the promotion of terrorism,” a decline of 8.4 percent from the previous reporting period.

Twitter said 93 percent of the suspended accounts were “flagged by internal, proprietary tools” and that 74 percent “were suspended before their first tweet.”