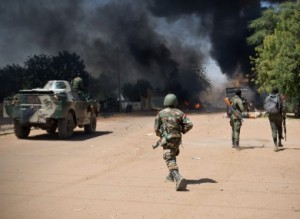 Twenty-five people were killed and others were injured when a vehicle packed with explosives detonated at a military camp in Mali’s northern city of Gao, according to a provisional death toll announced by the army and reported by reuters.com.

The camp was housing government soldiers as well as members of various rival armed groups, who together conduct mixed patrols in line with a U.N.-brokered peace accord aimed at quelling violence in Mali’s restive desert north.