You are here: Home / MidEastGulf / Turkish police raid ISIL camps in Istanbul in which Uzbek and Tajik children were trained 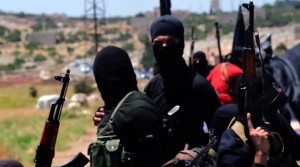 Turkish authorities have reportedly discovered the Islamic State of Iraq and the Levant (ISIL) training camps for children in basements hidden in Istanbul.

Hurriyet Daily News reported that around 50 suspects, mostly Uzbeks, were detained in the October 18 raids.  They were reportedly lecturing children on the basics of ISIL as well as how to live in an Islamic state.

Turkish authorities have for some time been conducting physical and technical surveillance of a terrorist training group, consisting mostly of Uzbek nationals but also including some Tajik nationals; members of the group had snuck into Istanbul from Turkey’s eastern provinces and established their base of operations in the neighborhood of Pendik, on the city’s Asian side.

Having determined that the group was preparing to leave for Syria and Iraq to join the ISIL ranks, units from the Istanbul Police Department Counterterrorism Bureau conducted simultaneous late-night raids over the weekend at several locations that were purportedly operating as schools, where Uzbek and Tajik children were taught about the Islamic State and trained as to how they would live after moving to ISIL territory, according to daily Vatan.

The officers raided 18 homes in the “Pendik and Basaksehir’s Kayasehir neighborhood.”  The houses reportedly contained “battlefield maps as well as documents describing the group’s contacts in both countries.”  Other evidence led the Turkish authorities to believe the group intended to meet ISIL in Syria and Iraq.

29 adults were taken to the Counterterrorism Bureau at the Istanbul Aksaray Police Station for questioning.  The 24 juveniles were taken to the Pendik Police Department Juvenile Bureau.  Police are investigating claims that the children were to be sent to join ISIL.

Usmon Ghazi, the leader of the Islamic Movement of Uzbekistan (IMU), pledged allegiance to ISIL in early August, almost a year after he offered support for the radical Islamic group.

According to the Uzbek authorities, more than 5,000 paid Uzbek militants are fighting in Syria alongside ISIL.

Turkey has stepped up anti-terror police operations against ISIL militants in the country, as the October 10 twin blasts in the Turkish capital sent shockwaves through the country, with at least 102 civilians dead and hundreds of others injured.

Thirteen ISIL-linked suspects have reportedly been detained so far within the investigation launched into the Ankara bombing.