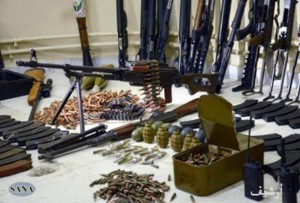 A Turkish prosecutor who had carried out a number of investigations into terrorist activities related to Syria has claimed that Turkish officials, including those from the spy agency, have been involved in the supply of explosives and ammunition to radical Syrian Islamist groups, particularly Ahrar ash-Sham, Today’s Zaman informs, quoting a report by Arzu Yıldız on the news website grihat.com.tr.

Prosecutor Özcan Şişman, who was jailed for intercepting trucks carrying arms into Syria, said in his defense that he spotted a number of times that Turkish officials aided and faciliated the flow of jihadists into Syria, a string of bombings within Turkey and on the Syrian border as well as the transfer of arms into territory held by radical Islamist groups.