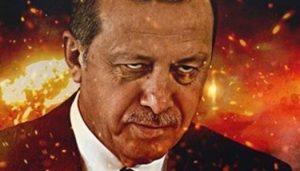 Turkey’s education and curriculum has become increasingly and notably radicalized in recent years according to a recent report from IMPACT-se. This radical rhetoric is mirrored in Turkey’s increased involvement in the region, like reported by persecution.org.

A curriculum that was once marked more by its tolerant dimensions, now utilizes heavily biased and even radical terminology, something which accelerated rapidly following the failed 2015 coup. Jihad and martyrdom in battle are both glorified in the new textbooks. This is combined with the country’s vision of neo-Ottomanism and pan-Turkism and suggests ideals such as “Turkish World Domination” and Turkish “Ideal of the World Order”. The narratives displayed in the curriculum are anti-American, anti-Armenian, and anti-PKK while remaining pro-Azerbaijan and sympathetic towards groups like ISIS and al-Qaeda.

Turkey’s curriculum no longer identifies Christians and Jews as “People of the Book” but instead are labeled infidels. Though this is the only change directly made using the word “Christian”, the heavy promotion of other ideals suggests little tolerance for Christianity. As the Turkish curriculum simultaneously elevates jihad and the pan-Turkish ideology, the switch of labeling Christians as infidels become magnified. Christians, Jews, and ethnic minorities in Turkey become immediate threats to pan-Turkism and justifications for jihad.

ICC’s joint report on Turkey highlights a section of the Penal Code that criminalizes “denigrating Turkishness”. This Turkish identity is only growing stronger and more defined with radical curriculum updates. To read more about the formation of Turkish identity in education, read the report here https://www.impact-se.org/wp-content/uploads/The-Erdogan-Revolution-in-the-Turkish-CurriculumTextbooks.pdf