You are here: Home / Analysis / Turkish adventures on African shores 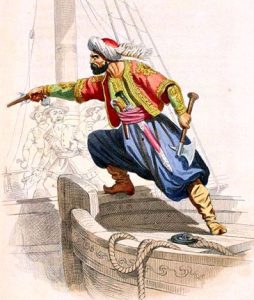 The Turkish parliament last week approved the deployment of troops to Libya to shore up the coalition that holds the capital Tripoli and the internationally-recognised government against militias supported by Russia and Arab nations. This marks an increasing escalation of foreign intervention in Libya and further undermines any hopes for a quick ceasefire, like reported by africanarguments.org.

The context: The self-styled Libyan National Army (LNA) of General Haftar escalated a long-running political standoff between the internationally-recognised Government of National Accord (GNA) and its rival administration based in the eastern city of Tobruk when it began an offensive to capture Tripoli in April 2019. Instead of achieving a quick and decisive victory, Haftar’s aggression served to unite dozens of militias behind the GNA. The conflict devolved into a stalemate that has seen more than 2,000 combat related deaths in the past 12 months.

Both sides have been continuously supported by outside actors. Haftar especially has received increasingly overt military aid from Egypt, Saudi Arabia, Russia and the United Arab Emirates, ranging from weapons and munitions to air support and military advisers. The GNA’s supporters like Turkey have provided similar, though less prominent, aid.

Turkey’s open deployment of regular military forces thus represents a logical but new level of escalation. With air strikes a daily occurrence it seems only a matter of time until Turkish forces will experience casualties, even if they are not deployed directly to the front lines. If the LNA’s backers react with similar deployments, this could lead tensions over Libya’s future to manifest in the Middle East and Turkey, hardly the most stable regions either.

The good: Turkey’s involvement throws a military lifeline to the GNA, which has been on the back foot against the better equipped forces of the LNA and its allies. While both sides have committed atrocities over the past years and rely on questionable political legitimacy, Haftar and his allies are the less savoury characters by far and have been the main spoilers of a peaceful solution.

The bad: While potentially stabilising the position of the GNA, the Turkish deployment doesn’t actually solve anything. It also has already led to widespread condemnation from the usual critics of Turkish foreign policy, including EU states like Italy and Greece, which risks making Turkey’s problems into those of the GNA.

The future: While unrealistic at the moment, Libya is a clear case for an international peacekeeping mission that would de-escalate the situation and allow the necessary space for a negotiation over a political settlement. At the moment it looks like forces in Libya and their international backers are intent on trying to resolve the conflict by force, which bodes ill for the millions of civilians that will find themselves in harm’s way.