You are here: Home / MidEastGulf / Turkey would talk with Russia and Iran on political solution in Syria -PM 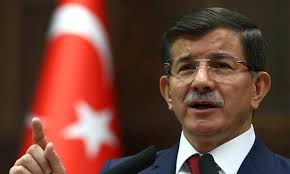 Turkey would hold talks with Russia and Iran to work towards a political solution in Syria but would not take a foreign policy stance which “legitimises the Syrian regime”, Turkish Prime Minister Ahmet Davutoglu said on Monday.

Davutoglu said in an interview on NTV that Russian air strikes in Idlib and Aleppo in Syria could cause a further influx of refugees into Turkey.

Russian strikes against rebels helped pro-government forces reclaim territory in Syria over the weekend and on Monday, dealing a fresh setback to opposition groups supported by Turkey and the United States.