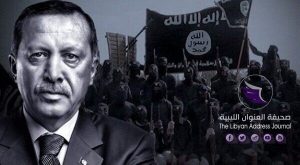 Over a thousand extremists from Tunisia were transferred into Libya by Turkey during the past few days, Saudi media reports according to syriahr.com.

Citing an anonymous security officer from Misurata,Saudi newspaper Al-Sada reported that Tunisian extremists were flown on Libyan and Turkish planes from the Syrian cities of Aleppo and Idlib to Istanbul and then finally to Misurata.

The extremists were divided into groups and given minimum amount of weapons, the newspaper said.

Ankara established a military foothold in Libya after signing a security agreement with the Tripoli-based Government National Accord (GNA) last year. As part of the agreement, Turkish troops as well as Ankara-backed Syrian mercenaries were deployed to back GNA in an effort fight the Libyan National Army (LNA) in western Libya.

Previous media reports revealed that many Turkey-backed Syrian mercenaries want to leave Libya because of intense battles with LNA and Ankara’s failure to deliver on its promises to them. More than 400 Syrian mercenaries were killed in Libya so far, according to the Syrian Observatory for Human Rights.