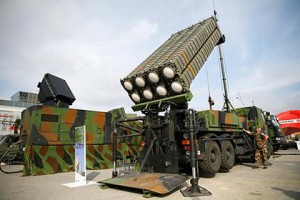 Ankara launched a new round of negotiations with the Franco-Italian consortium Eurosam to install anti-missile systems on the border with Syria due to the worsening situation, a Turkish newspaper reported.

Sputnik quoted Turkish newspaper Aksam as saying that the Turkish authorities in connection with the deteriorating situation on the border with Syria have decided to install anti-aircraft missiles (SAMs) on the border.

This decision has launched a new round of negotiations with the Franco-Italian concern Eurosam.

If the parties reach an agreement, then the Eurosam will provide Turkey with a temporary 3PK battery that will be immediately placed on the Turkish-Syrian border at locations specified by the General Staff of Turkey.

The temporary battery for the anti-missile system will be in Turkey until a complete air defense system is transferred.