You are here: Home / MidEastGulf / Turkey strikes 17 Kurdistan Workers’ Party targets in southeast, no one of Islamic State 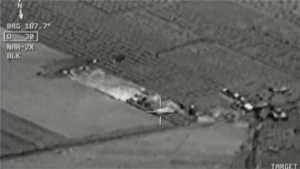 Turkish war planes overnight carried out a new wave of air strikes against targets of the Kurdistan Workers’ Party (PKK) in the country’s southeast, the army said today.

“Seventeen targets of the separatist terrorists were hit with precision and neutralised” in the Hakkari province on the border with Iran and Iraq, the army said.

The strikes appeared to be in retaliation for a succession of attacks in Turkey on Monday that killed six members of the security forces, which were blamed on the PKK.

Ankara is pressing a two-pronged “anti-terror” offensive against Islamic State (IS) jihadists and PKK militants following a wave of attacks in the country. But, so far, the air strikes have overwhelmingly concentrated on the separatist Kurdish rebels.

Turkish war planes have for over two weeks bombed targets of the PKK in their strongholds in the remote mountains of northern Iraq as well as southeastern Turkey.

On Monday, four Turkish police officers were killed in a roadside bombing in the southeastern Sirnak province while a Turkish soldier was killed in a rocket attack on a military helicopter.

Meanwhile, in Istanbul a senior police officer in charge of the city’s bomb disposal department was killed in clashes that followed a suicide bombing.

While the government blamed the PKK for that attack, it was also claimed by a small leftist group, the People’s Defence Units (HSB), on its Twitter feed.

The outlawed Marxist Revolutionary People’s Liberation Party-Front (DHKP-C) — which the government has on occasion linked to the PKK — claimed another attack in Istanbul, a shooting on the US consulate, which caused no casualties.

In new violence overnight, a Turkish soldier was killed in a gun attack on a military post in Sirnak, also blamed on the PKK.

According to an AFP toll, 29 members of the security forces have been killed in violence linked to the PKK since the current crisis began.