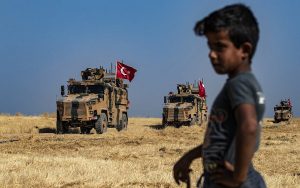 The Turkish government announced that several thousand more troops will maintain control of the roads leading to the border of the two countries, and in the event of an attack by Syrian forces in Idlib, they will have to repel it.

In 2017, a northern de-escalation zone was created in Idlib, where extremists who refused to lay down their arms in the Damascus suburb and the southern regions of the country moved. Observation posts of the Turkish army are located on the territory of the province.