You are here: Home / Mediterranean / Turkey sending in Libya Islamist mercenaries of various nationalities, not only Syrians 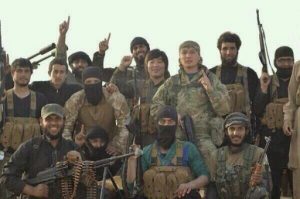 He added that the LNA was continuing its reinforcements to defend the country’s “oil crescent,” the central region that contains over 60 percent of Libya’s oil, stressing that Turkey, Qatar and the Muslim Brotherhood were mainly focused on the “oil crescent.”

A recent report by Somali media said that Turkey and Qatar recruited thousands of Somali mercenaries to fight in Libya alongside the Government of National Accord (GNA) which Ankara supports.

Turkey had sent thousands of Syrian fighters to support the GNA, according to the Syrian Observatory, a war monitor. Libya has plunged into chaos since the 2011 toppling of dictator Moammar Gaddafi.

Clashes between the two main warring parties in the country, the LNA, commanded by Khalifa Haftar and the GNA, led by Fayez al-Serraj, have intensified recently.

Many foreign powers have backed different sides of the conflict with varying degrees of support, with the most prominent countries being Turkey backing the GNA and Egypt backing the LNA.

The possibility of further escalating the conflict in the North African country increased after Egypt’s parliament authorized the deployment of troops outside the country, allowing Egyptian President Abdel Fattah al-Sisi to act on his threat of military action against Turkish-backed forces in Libya.

Turkish media outlets said Ankara put in place a plan to increase its forces and military equipment in Libya to confront Egyptian forces in case Cairo decides to intervene.