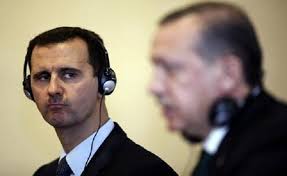 Turkish Prime Minister Ahmet Davutoglu said on Wednesday a transition was needed in Syria which guaranteed the departure of President Bashar al-Assad, adding there was no change in Turkey’s position that his government had lost legitimacy.

He was responding to questions from reporters after senior government officials said on Tuesday that Ankara was ready to accept a political transition in which Assad remains in symbolic power for six months before leaving office.