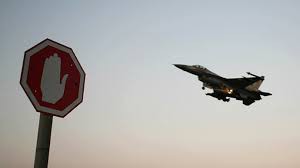 Turkish President Recep Tayyip Erdogan has renewed a call for the creation of a no-fly zone in Syria that would allow refugees to return to their homeland.

Erdogan’s call came Wednesday, days before he is scheduled to host U.S. President Barack Obama and other G-20 leaders at a summit meeting near the Mediterranean coastal city of Antalya. Erdogan said he would raise the issue at the Nov. 15-16 meeting.

Erdogan said the plan was to create a safe zone cleared of “terror” where refugees would be able to settle. He said Turkey would rapidly construct housing and other needs.

Turkey is host to more than 2 million refugees from Syria.