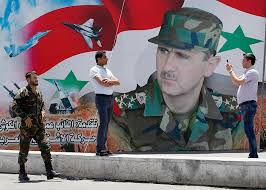 Turkey is ready to accept a political transition in Syria in which President Bashar Assad remains in symbolic power for six months before leaving office, two senior government officials said on Tuesday.

“Work on a plan for Assad’s departure is underway … (Assad) can stay for six months and we accept that because there will be a guarantee of his departure,” one of the officials told Reuters, speaking on condition of anonymity.

“We have moved forward on the issue to a certain degree with the United States and our other allies. There is not an exact consensus on when the six month period would begin, but we think it won’t be too long.”