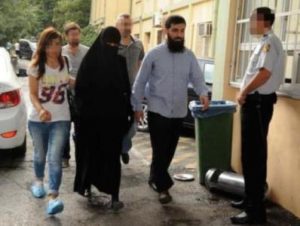 The Islamic State opened an illegal religious school in Ankara and educated dozens of children, Cumhuriyet reported according to news.am.

Turkey’s ISIS Leader Halis Bayancuk, also known as Abu Hanzala, has been teaching at IS school.

Teachers explain to underage children that jihad could be implemented only by weapons.