You are here: Home / MidEastGulf / Turkey is main source of components for ISIS improvised explosive devices 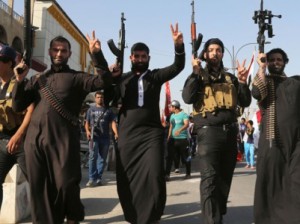 Companies from 20 countries are involved in the supply chain of components that end up in ISIS explosives, a study found on Thursday.

The study showed that 51 companies from these countries produced, sold or received the more than 700 components used by ISIS to build improvised explosive devices (IEDs), according to Conflict Armament Research (CAR), which undertook the 20-month study.

The IED components were recovered during major battles around the Iraqi towns of al Rabia, Kirkuk, Mosul, and Tikrit, and the Syrian town of Kobani, reported Gazeta.runews site of Russia.

It was found out that Turkey is the main source in the supply chain of these components. A total of 13 Turkish firms were found to be involved in the supply chain, the most in any one country. That was followed by India with eight.