You are here: Home / Africa / Turkey extends troops deployment in Mali and the Central African Republic 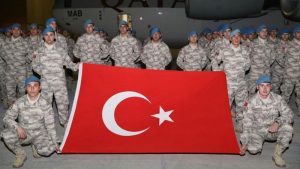 The parliament on Tuesday approved a motion to extend the deployment of Turkish troops in Mali and the Central African Republic (CAR) for another year as the UN-approved EU peacekeeping mission, like reported by aa.com.tr.

On Wednesday, the general assembly is scheduled to debate a motion to extend the government’s authority to launch cross-border military operations in Iraq and Syria for another year.

The UN Security Council adopted a resolution in 2012 that authorized the deployment of the African-led International Support Mission to Mali, known as AFISMA.

In early 2013, France sent troops to the West African country and, with the help of Chadian and other African forces, flushed out militants from the country’s key northern cities.