You are here: Home / MidEastGulf / Turkey expands operations in Syria and Iraq

All indications suggest that for Turkey, the recent battles were only a phase in a larger process. So where might Turkey turn next? And what is the goal of the Turkish campaign? 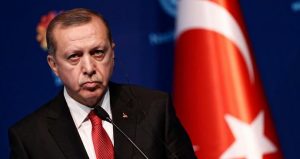 Turkish forces this month entered Afrin City, bringing Operation “Olive Branch,” launched on January 20, to a successful conclusion. Latest reports suggest that the Turks are now set to seek to enter the neighboring Kurdish-controlled town of Tal Rifaat, after reaching an agreement with the Russians allowing them to contest its control, like reported by jpost.com.

According to the pro-opposition Syrian Observatory for Human Rights, 78 Turkish soldiers were killed in the Afrin fighting, along with 437 Turkey-aligned Syrian Sunni rebels. SOHR puts Kurdish casualties as 1,500 killed in the operation.

All indications suggest that for Turkey, the recent battles were only a phase in a larger process. So where might Turkey turn next? And what is the goal of the Turkish campaign?

Turkish President Recep Tayyip Erdogan said, following the fall of Afrin, that “we marked a comma. God willing, a full stop will come next…. Now we will continue this process, until we entirely eliminate this corridor, including in Manbij, Ayn al-Arab [Kobani], Tel-Abyad, Ras al-Ayn (Sere Kaniyeh) and Qamishli.”

These are the main towns of the Kurdish-controlled area further east. A Turkish push toward them would mean a comprehensive attempt to destroy the Kurdish autonomous zone that has been in existence east of the Euphrates since the withdrawal of Assad’s forces from the area in July 2012.

It would also mean the near certain prospect of a collision between Turkish and US forces. Officially, there are 2,000 US military personnel in the area. The real number is probably considerably larger, perhaps twice this figure.

The US maintains a number of facilities east of the Euphrates. These are held in cooperation with the Syrian Democratic Forces, which is the US partner in the war against Islamic State, but which would also form the main element resisting a Turkish push eastward.

The town of Manbij is currently the main issue of contention. West of the Euphrates and with a mixed Arab and Kurdish population, it is nevertheless currently controlled jointly by the SDF and the Americans.

Turkey has made clear that it intends to remove its Kurdish opponents from the town.

Given the extreme risks inherent in any such drive eastward, however, it appears more likely that Turkey will satisfy its immediate appetites for further strikes at its enemies elsewhere.

Despite Erdogan’s grammatical metaphors, the taking of Afrin did represent a kind of “full stop” for the Turks. It completed the acquisition by Ankara of a sizable, contiguous enclave in northwest Syria. The Afrin canton was a “missing piece” separating two areas of de facto Turkish control.

In Operation “Euphrates Shield” in late 2016, the Turks carved out an area of control between the towns of Azaz and Jarabulus along the Syrian-Turkish border.

Meanwhile, Turkish forces also entered northern Idlib province, which remains under the control of Sunni Islamist rebels.
The destruction of Afrin joins these two areas, giving Turkey a contiguous area of control, from Jarabulus to northern Idlib. The Turks have made clear they have no intention of handing these areas over to the Assad regime. So Ankara now has its own little bit of fragmented Syria, alongside the various enclaves of other powers.

This is of importance to Erdogan. He will be able to present himself as the champion of the Sunni Arab population of Syria, and the guarantor of the remnants of its rebellion against the Assad regime.

As the earliest and most consistent supporter of the Syrian Sunni rebellion, the Turkish leader stood to appear humiliated by the final eclipse of their cause. The Russians, by permitting the Turks and their rebel foot soldiers to enter Afrin, have allowed Erdogan to salvage some dignity from his situation. In affording him this concession (against the will of the Assad regime), Moscow has served its broader goal of drawing the Turks further away from their already severely eroded alliance with the West.

With their northwest Syrian enclave largely secured, and the area further east dangerous to approach, because of the American presence, there are indications that the Turks are looking further afield for further victories against the Kurds.

Turkish aircraft have in recent days been in action over the skies of northern Iraq, bombing what Ankara claims to be a presence of PKK guerrillas in the Qasr-e area of Erbil province. The Turkish military is presently engaged 15 km. across the border into the Kurdish Regional Government area, in the Sidakan area in northern Iraq.

Erdogan has threatened in recent days to carry out a military operation against PKK guerrillas located in the Sinjar Mountain area of northern Iraq. The fighters of this Kurdish organization have been in this area since the summer of 2014, when they opened a corridor to rescue Yazidi civilians trapped on the mountain by the advance of ISIS.

The PKK has announced its willingness to leave Sinjar and has begun to hand security facilities over to the local Yazidi YBS forces. Given the links between these forces and the PKK, however, it is not yet clear if this will be sufficient to prevent a Turkish incursion into the area.

There are those among the Iraqi Kurds who fear that these activities may presage a more general Turkish attempt to comprehensively root out and destroy Ankara’s PKK enemies in northern Iraq.

A larger-scale Turkish assault into Dohuk and Nineveh provinces to carve out an enclave between the Kurdish areas in Iraq and Syria is not an impossibility. But it would be carried out against the wishes of the US, Iran, and the government of Iraq, and may be too large a morsel for Turkey to attempt at the present time. Nevertheless, the lower-level attacks on Kurdish targets in Iraq look set to continue and intensify.

Meanwhile, inside the area of Kurdish control in eastern Syria, a mysterious organization called Harakat al-Qiyam has carried out a number of attacks on individuals linked to the Kurdish-led authorities in recent months. Many observers calculate that this group may be backed by the Turks, constituting an irregular accompaniment to overt military action further east and west.

In all three areas – the Afrin operation, the (alleged) links to Harakat al-Qiyam and the air activity and threatened incursion into Sinjar and northern Iraq – the contours and direction of Turkish activity are clear.

Ankara has set as a strategic goal to destroy the Kurdish gains that resulted from the fragmentation of Syria and Iraq over the last half decade. Turkey also wishes to present itself as the natural leader and patron of Sunni Arab communities in both countries.

In asserting these goals, Ankara will partner with or oppose other local powers (Iran, the government of Iraq, the Assad regime), according to immediate tactical needs. Similarly, Turkey is likely to tread carefully around the larger powers, whose will it cannot oppose (the US, Russia), seeking to draw neither too close nor too far away from either.

After the capture of Mosul from ISIS, speaking of Turkey’s activities in Iraq, Erdogan said, “We cannot draw boundaries to our heart, nor do we allow that.” The surrounding territories and populations in the nominal states of Syria and Iraq appear set to receive the full and heartfelt attention of Turkey, to the sound of revived Ottoman marching tunes – whether they like it or not.•